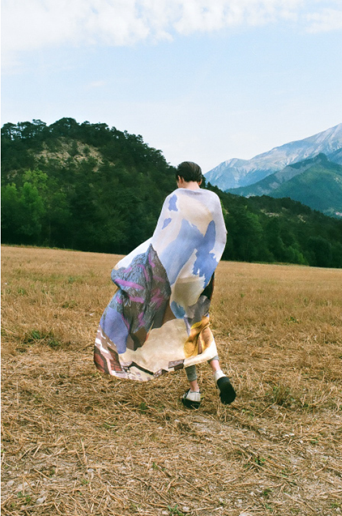 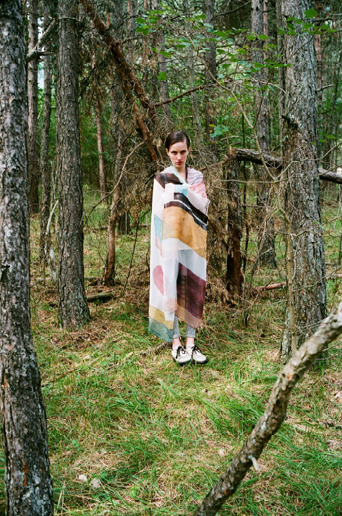 Milleneufcentquatrevingtquatre wow me again with their striking SS 2012 scarf collection (available in February). Titled “Nabi Boubou” it is inhabited by the desire to work in hand painting. So Amélie Charroin and Marie Colin-Madan took the time and painted them – one by one. Inspired by mountain and forest, the artistic movement of the late 19th century, Japanese art, their teenage years in the 90s, graffiti, Keith Haring and African textiles they managed again to create new awesome poetical patterns.