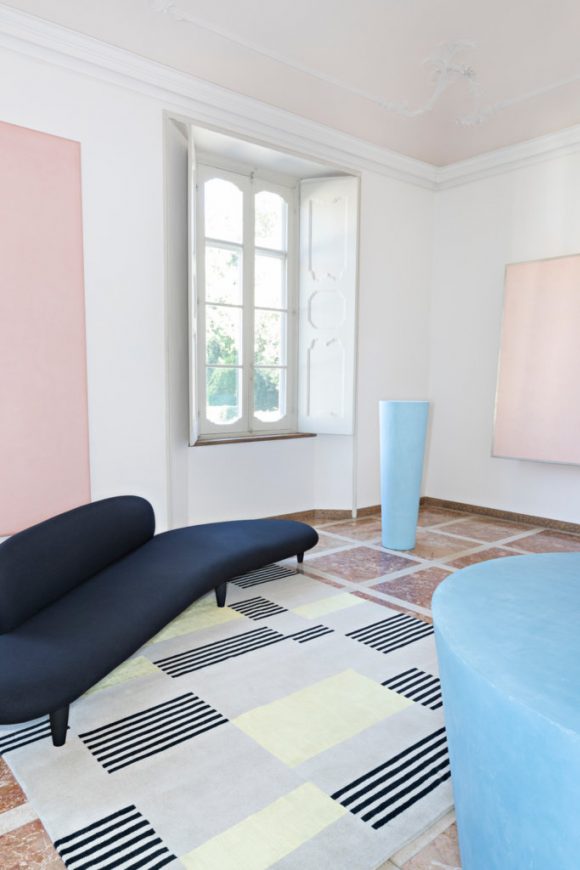 cc-tapis has chosen a really exceptional location for the shoot of its new campaign. Villa Panza is a historic villa built in the hills outside of Varese in Northern Italy. Built in the 17th century in a “barochetto” architectural style, the villa features beautiful traditional decorative elements internally as well as externally and houses the “Villa Panza Collection” of 20th modern art with artists such as Dan Flavin, Robert Wilson and James Turrell.

There couldn’t have been any better place than this villa which combines its traditional architectural elements and modern art and a brand which produces rugs by hand in Nepal using century-old techniques with a contemporary aesthetic.

Sets were created in and around the villa by talented interior designer Greta Cevenini.