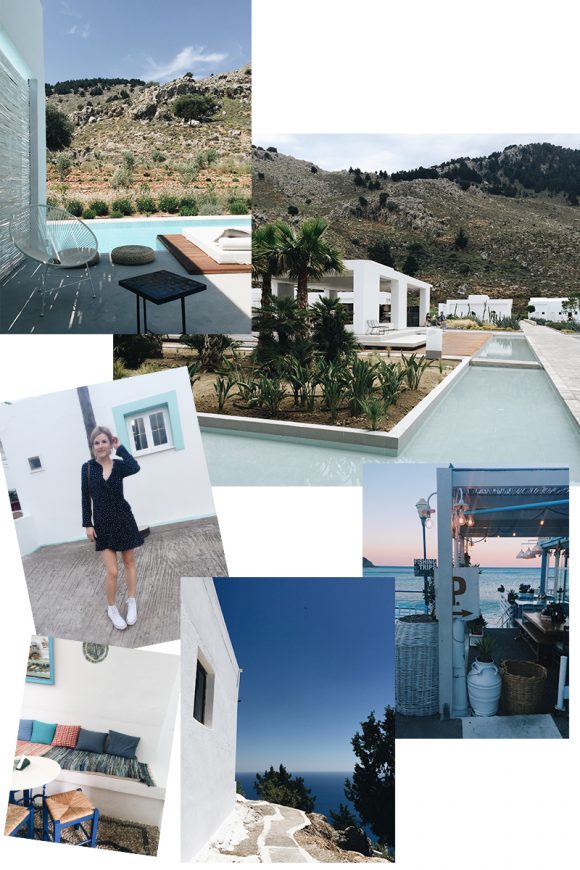 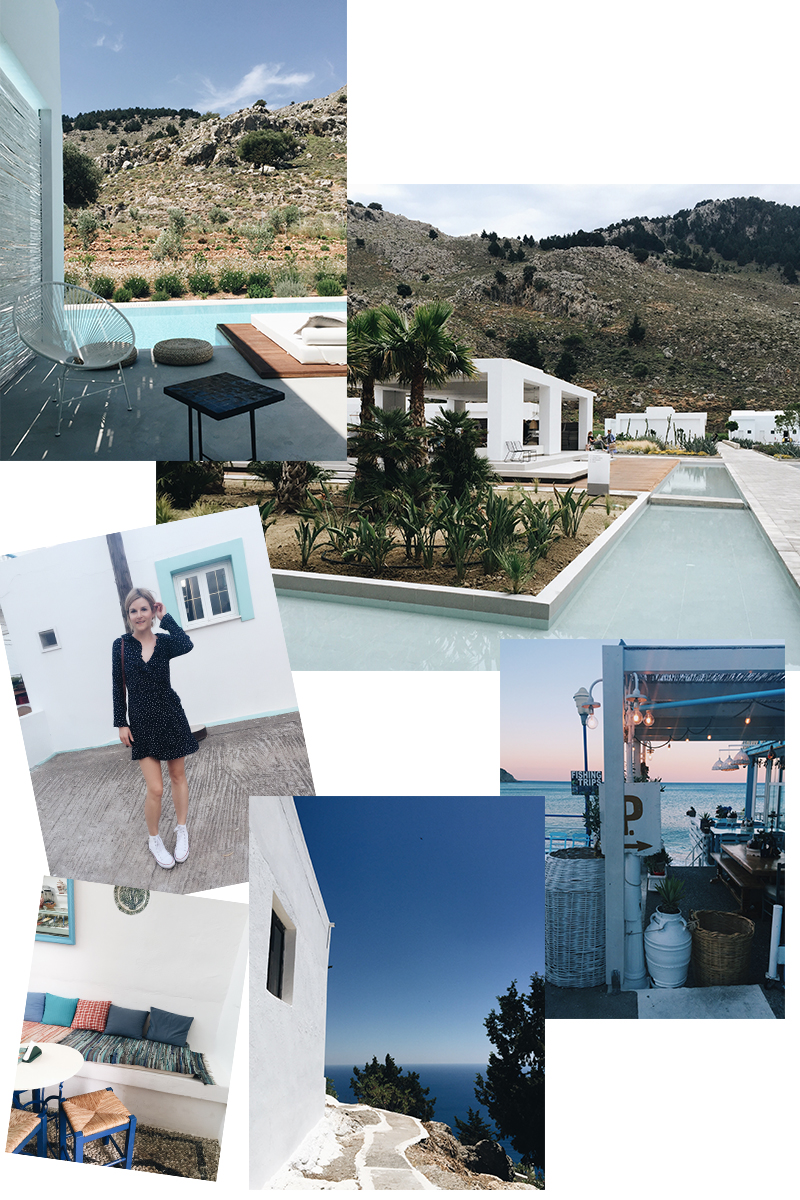 Rhodes Town is the pittoresque capital of the island and one of the best-preserved medieval towns in Europe. It’s divided in two towns: the Old Town with its pretty cobbled lanes where you can easily get lost and the New Town to the north, with shops and waterfront bars, while bistros and bars lurk in the backstreets behind.

For dinner go to Nireas Restaurant (Sofokleous 22), a great seafood restaurant with a vine-shaded canopy outside! Or have a drink at Ronda Beach Bar (Pl. Kountourioti 1) on the beach of Elli. Ideal for all hours of the day and night. 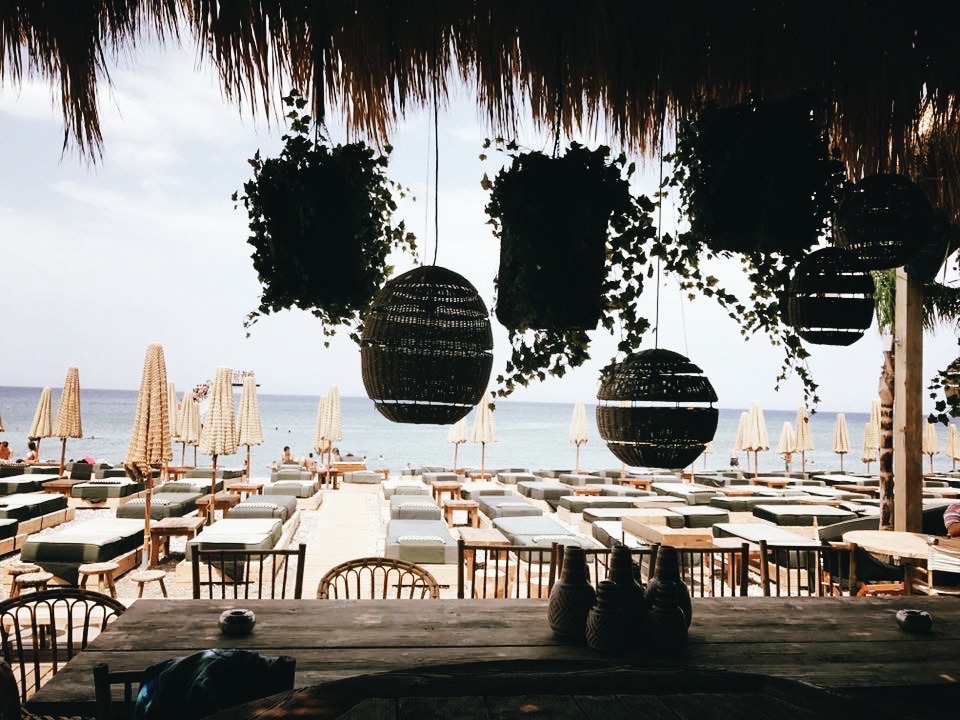 Further south the small city of Lindos is absolutely worth a visit, known for its golden beaches and its acropolis. You will also find lots of traditional Greek tavernas as well as contemporary bars and boutique hotels.

At Gelo Blu you will find the best ice cream and homemade cakes. 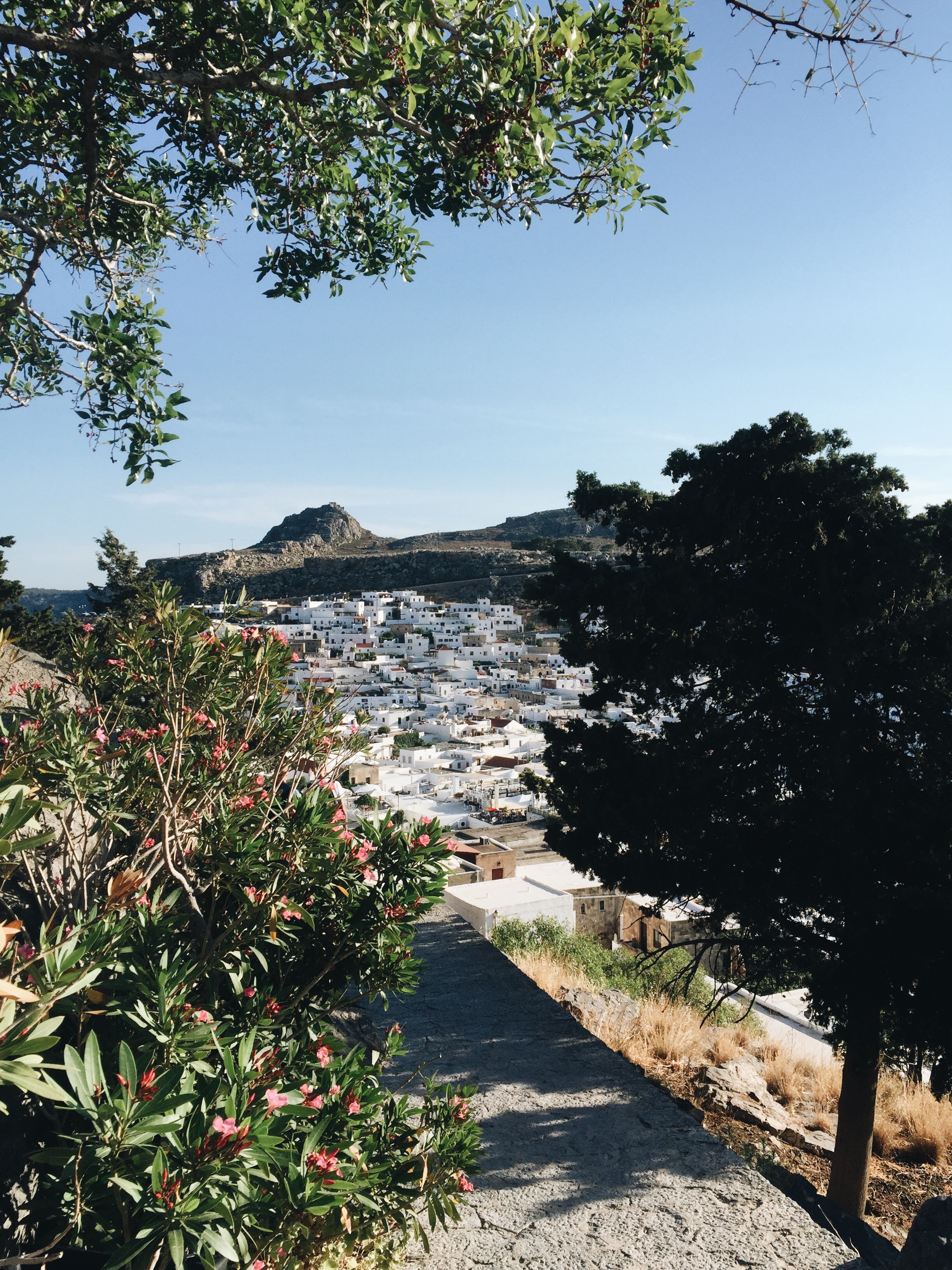 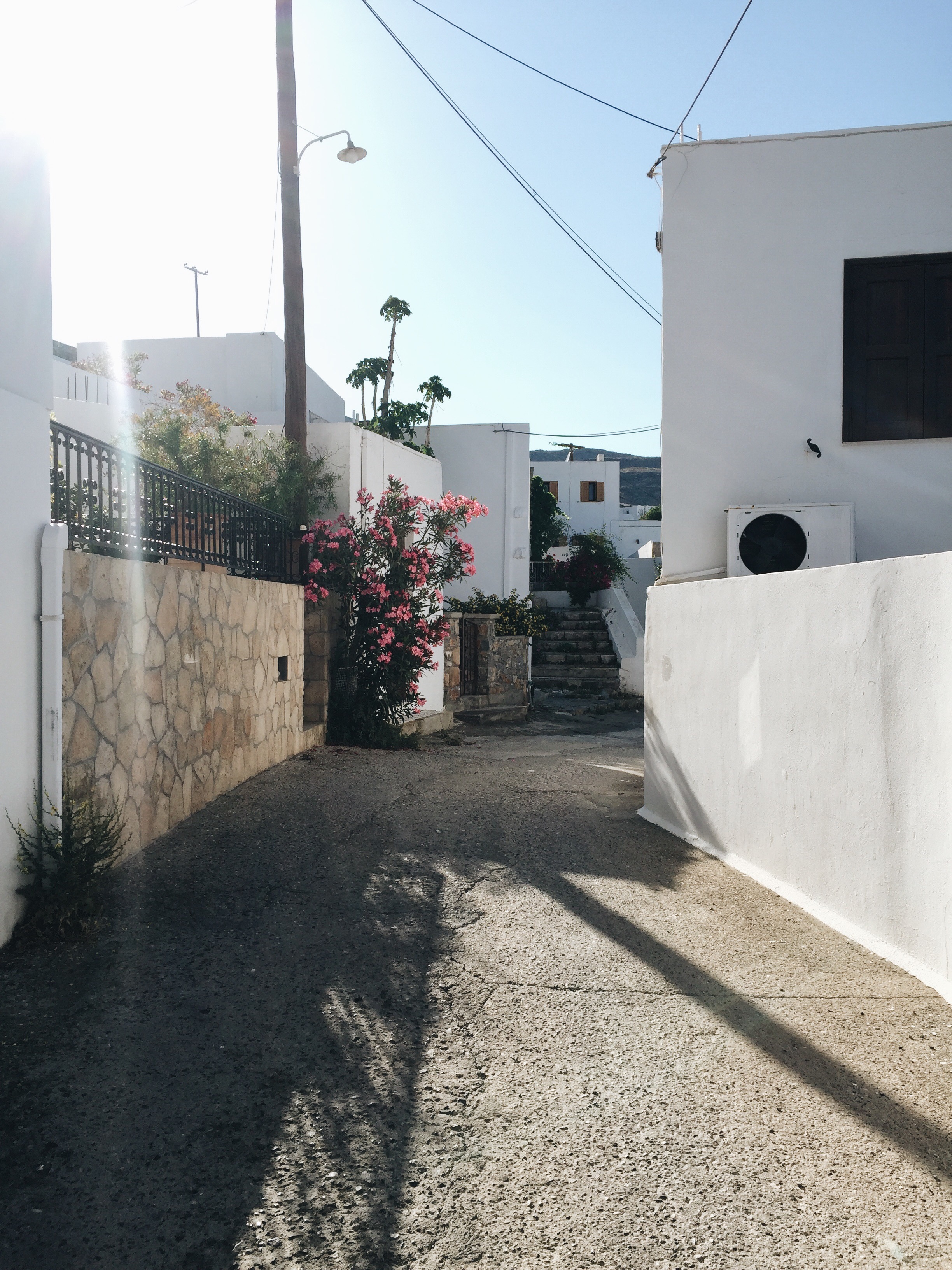 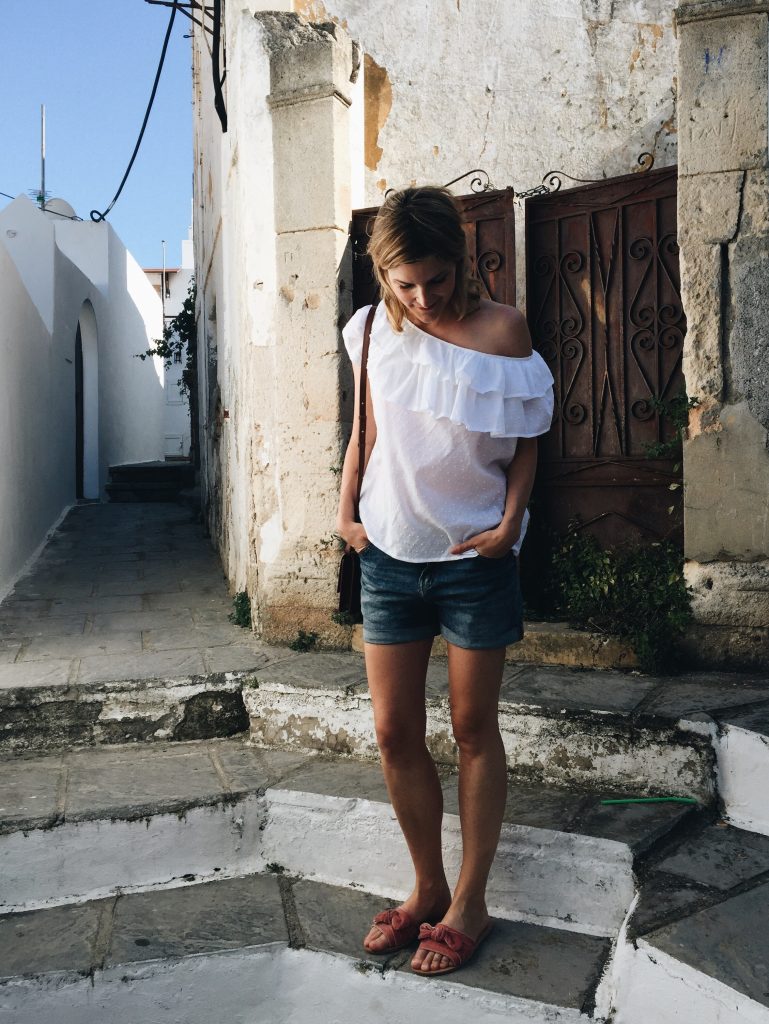 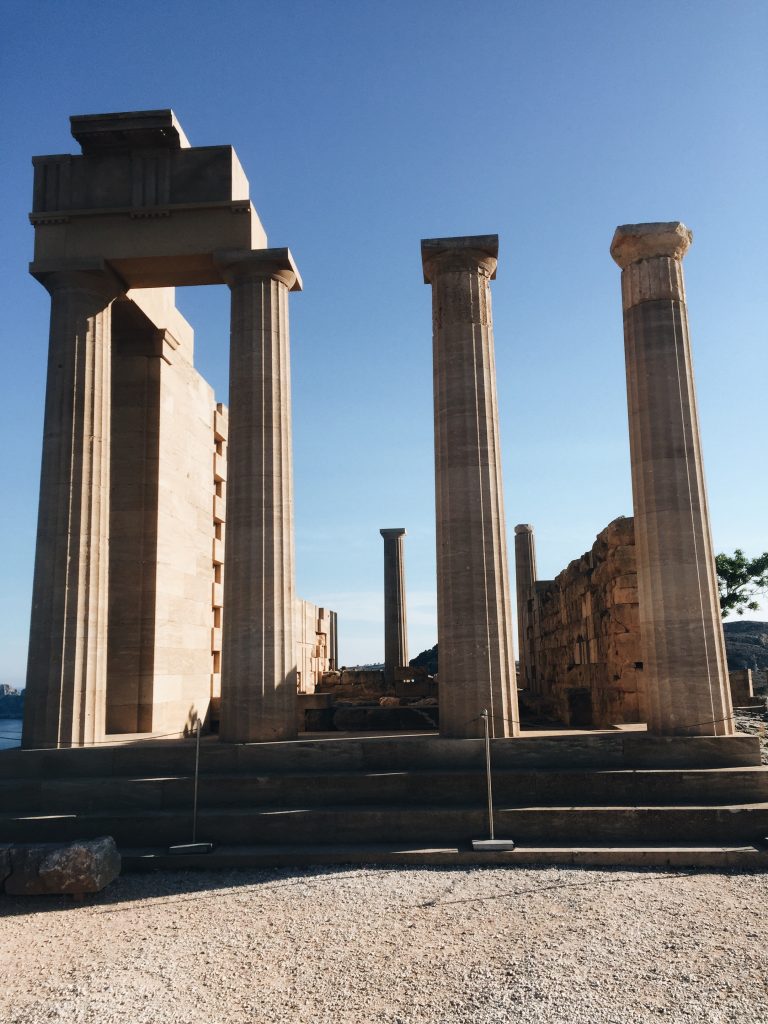 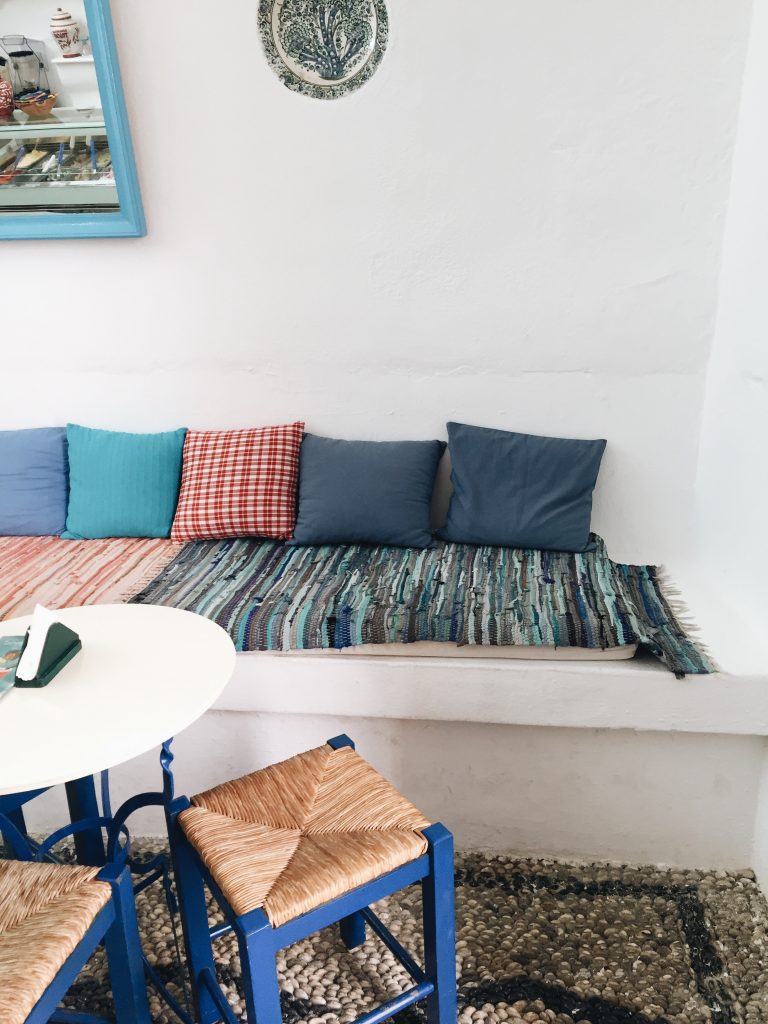 To get to Tsambika Monastery you will have to walk up the hill, following the 350 steps. On the top of the hill you will find a tiny Byzantine church, dedicated to the Virgin. It’s perched at an altitude of some 300 m featuring some truly spectacular views on the coast, both north over Kolymbia and south over Tsambika beach and all the way to Lindos, which makes the strenuous effort uphill definitely worth a try! Afterwards you can cool down at Tsambika Beach. 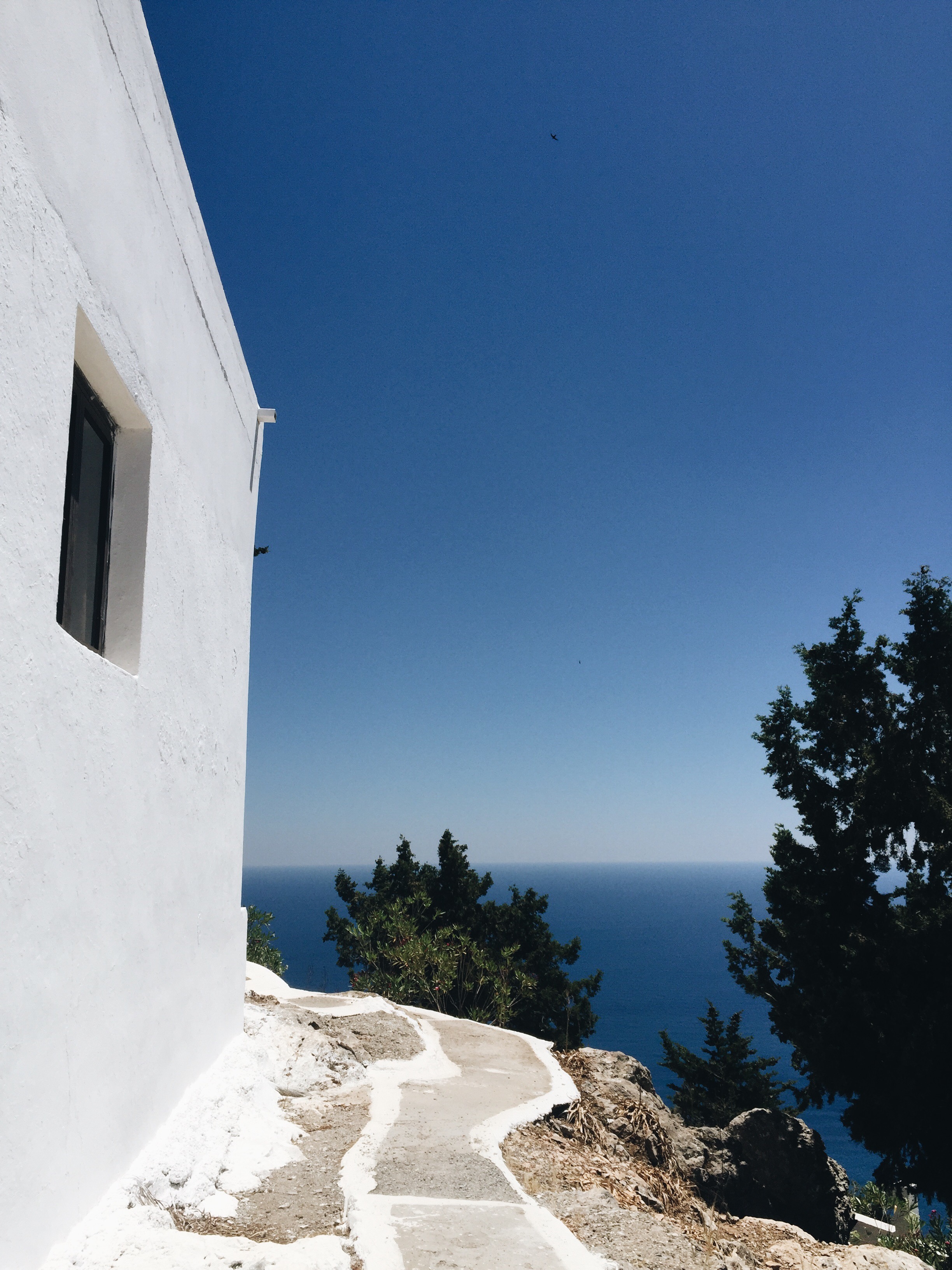 The view from Tsambika Monastery

Situated on the east coast of Rhodes, this small pebble beach is probably one of the most beautiful beaches in Rhodes with crystal clear water. After filming ‘The Guns of Navarone’ in Rhodes, the actor Anthony Quinn bought this isolated bay in order to create an international centre for artists and film-makers. 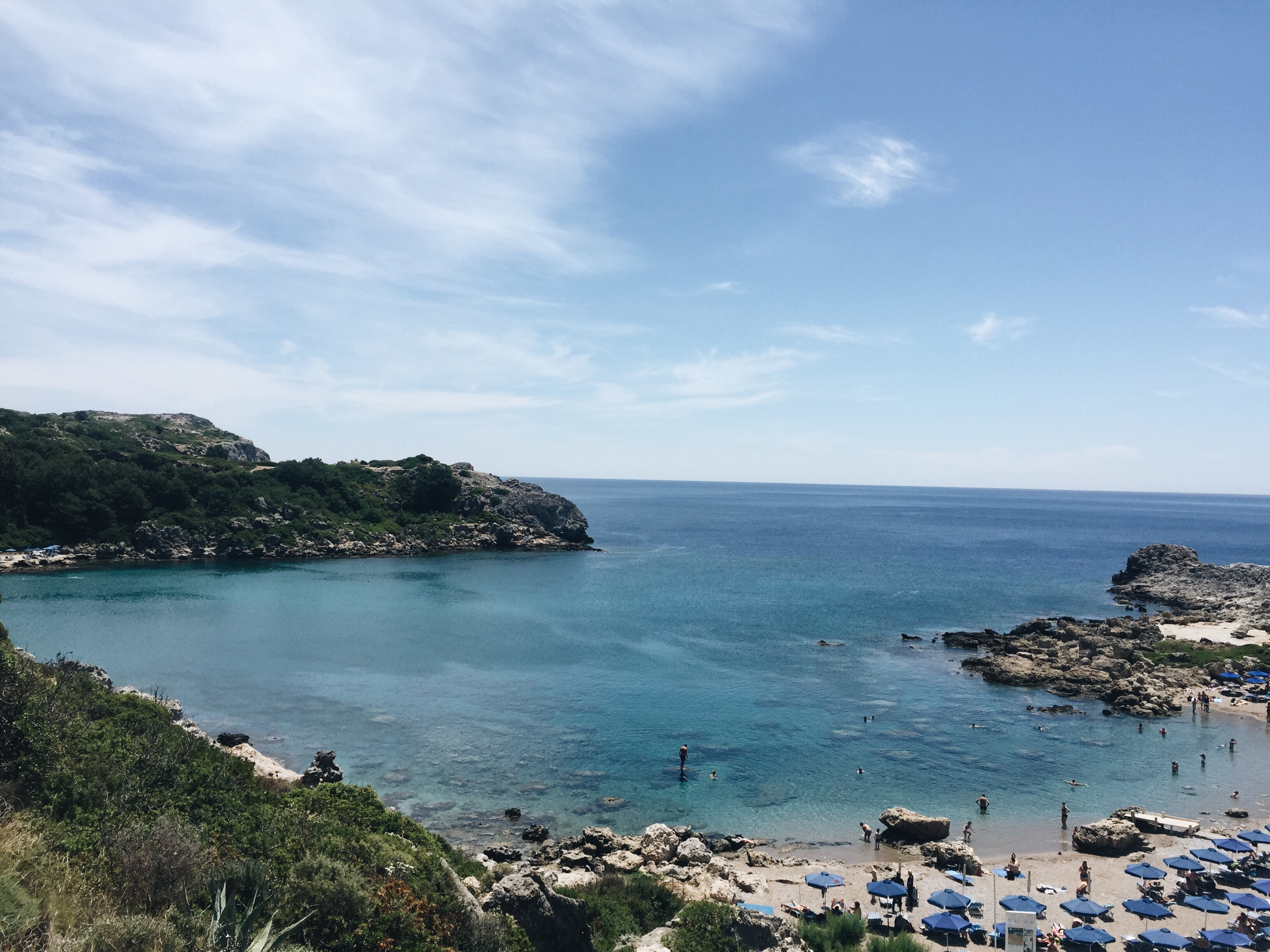 Situaed on the eastern coast of the island Tsambika Beach has taken its name after the Monastery of the Virgin of Tsambika, a tiny monastery some 340 metres up the hill, which is worth a visit before heading to the beach, the view is absolutely stunning! The beach is very wide with fine golden sand and only a few pebbles. 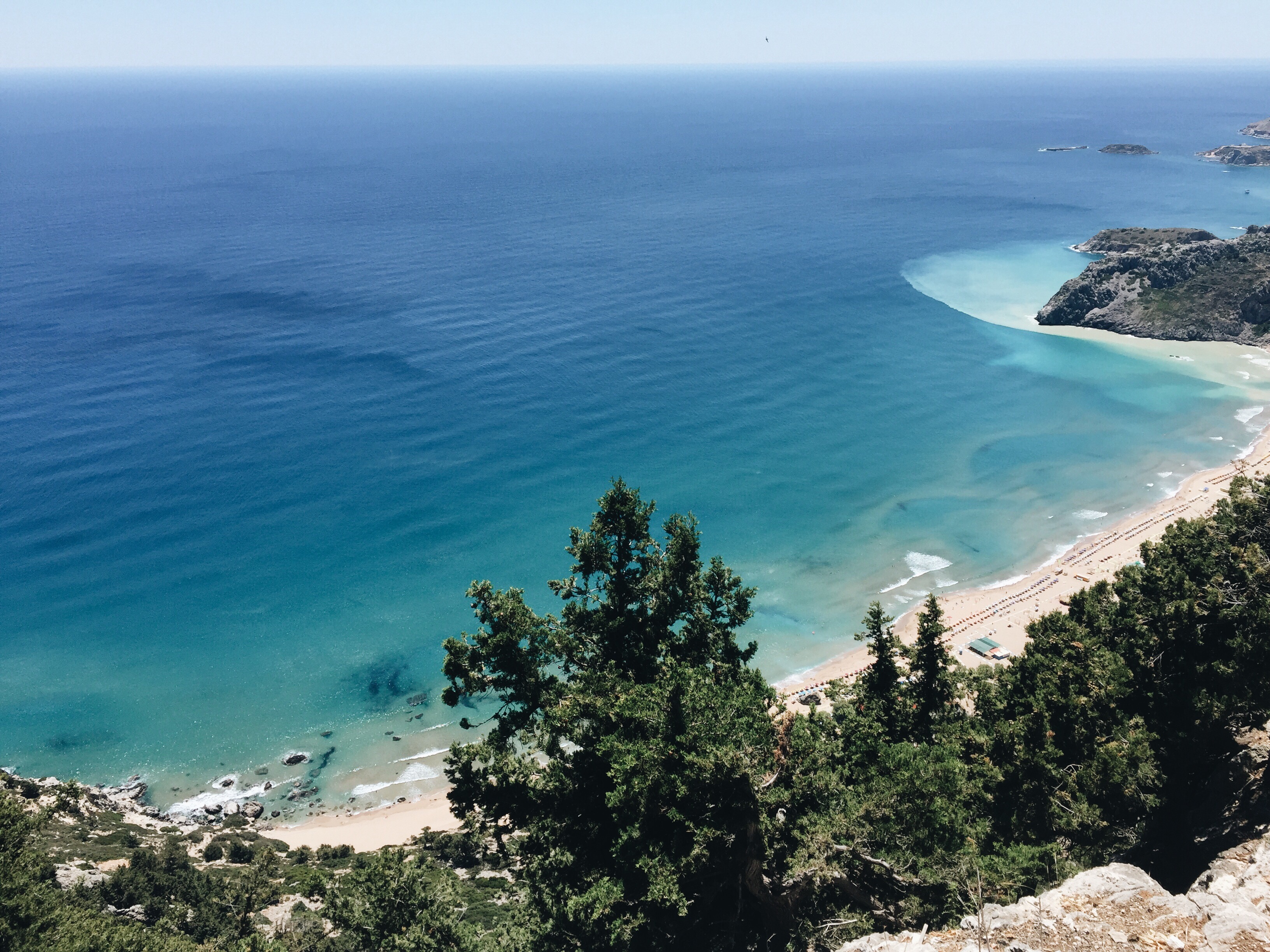 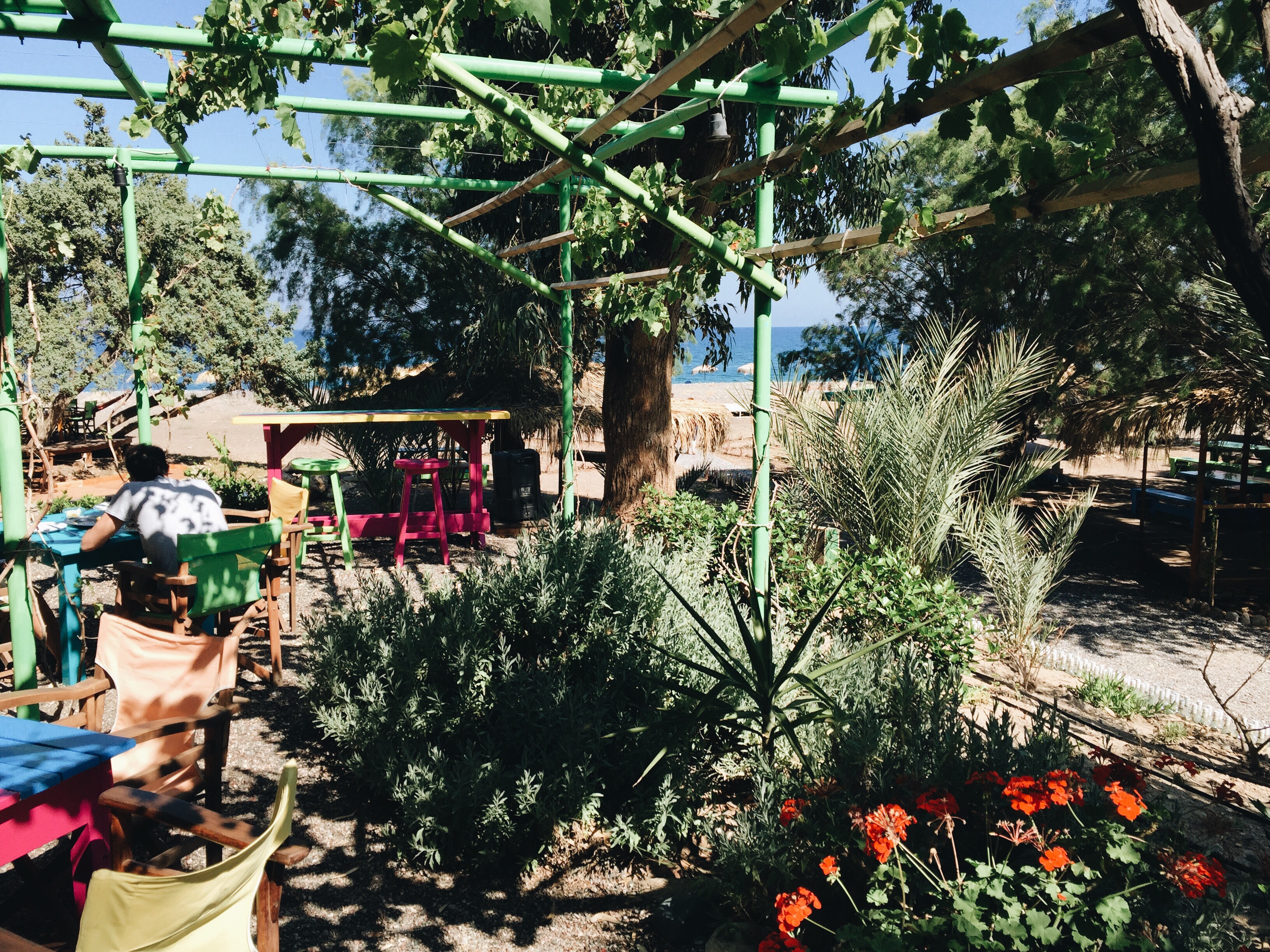 Glystra beach is situated south of Lardos on the east coast of Rhodes. It’s 200 metres long beach and sandy with a few patches of pebbles.

After driving down a dusty road you will reach this beautiful beach located on the east coast of Rhodes with soft golden sands.

Nireas, Rhodos
Fresh fish and seafood dishes are served in the lush green garden under the shade of the vines.
Sofokleous 22, Phone +30 2241 021703, 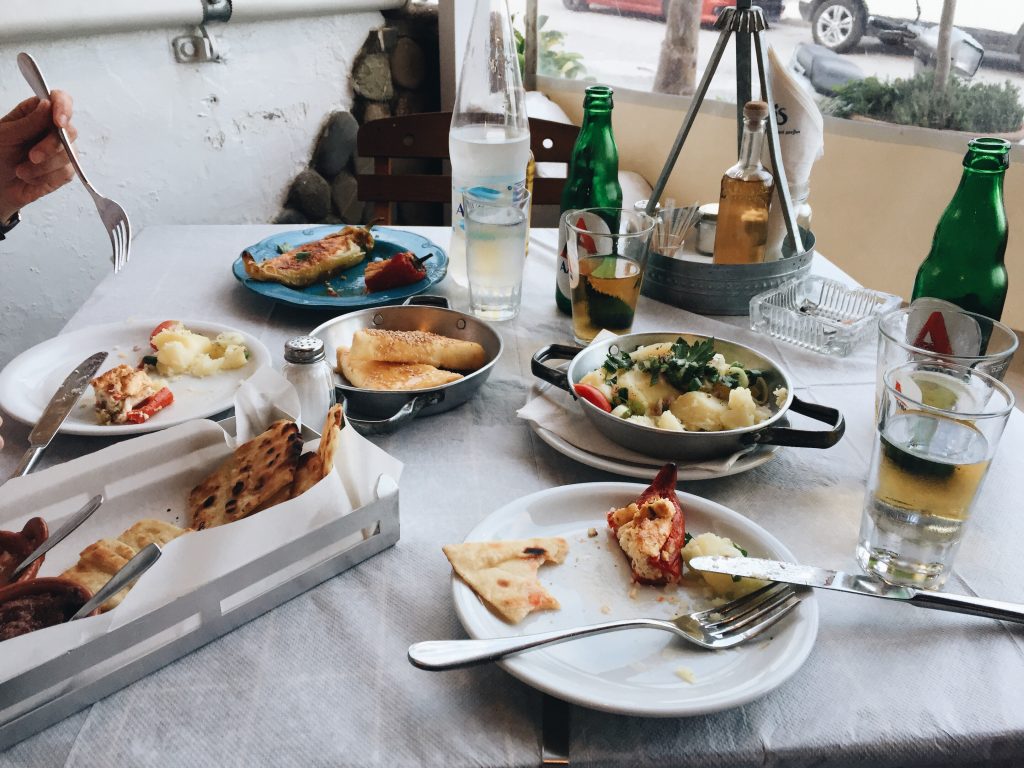 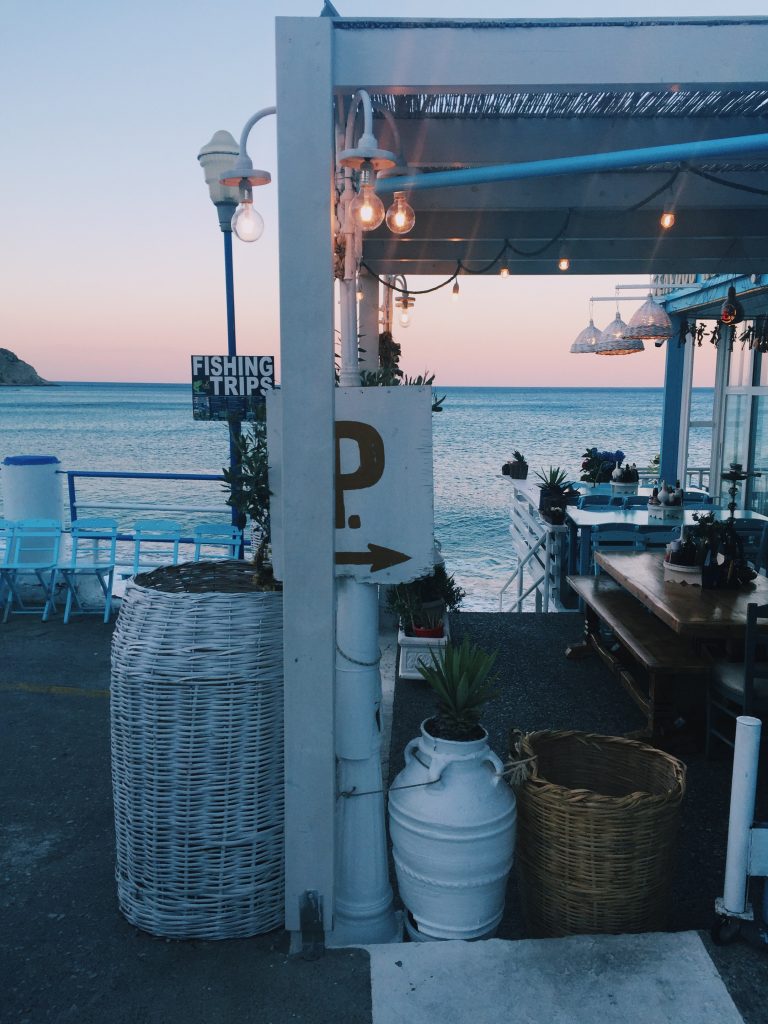 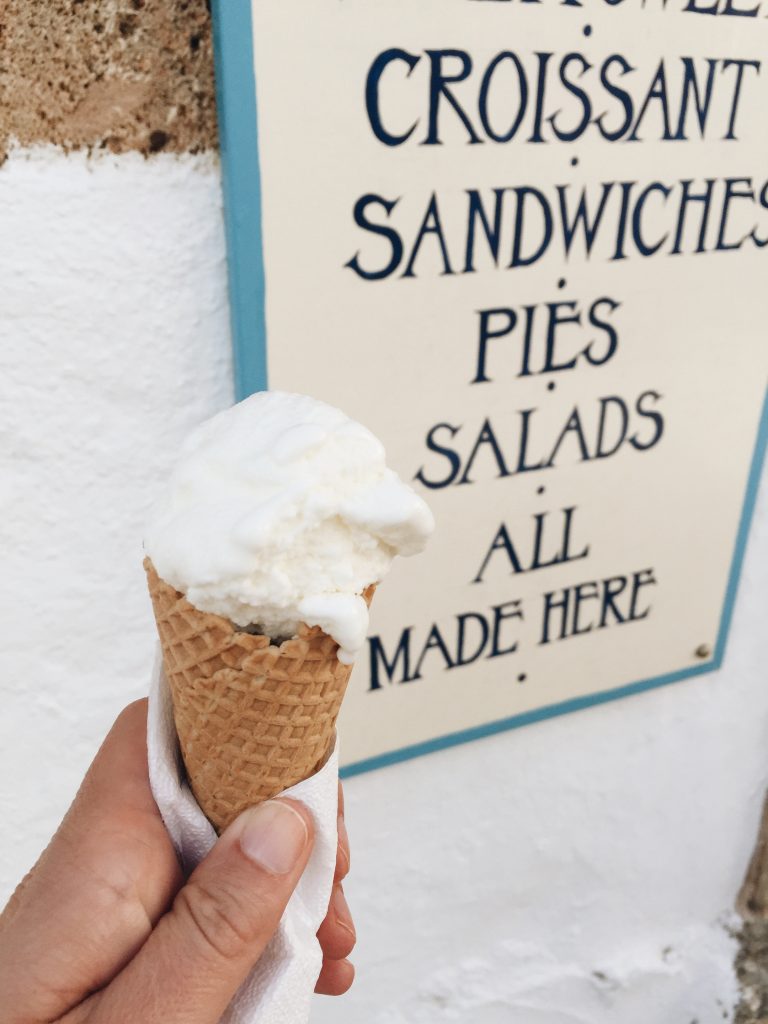 The perfect bohemian hideaway! The moment you arrive you feel the laid-back atmosphere. Inspired by the nomadic way of life, the cosy character comes from natural surfaces and earthy tones. Comfy pillows and hand-picked accessories add to the warm, bohemian atmosphere. But the true highlights are the private verandas with sunbeds or hammocks which border a pool. We woke up every morning with this stunning view and only the sound of bleating goats. 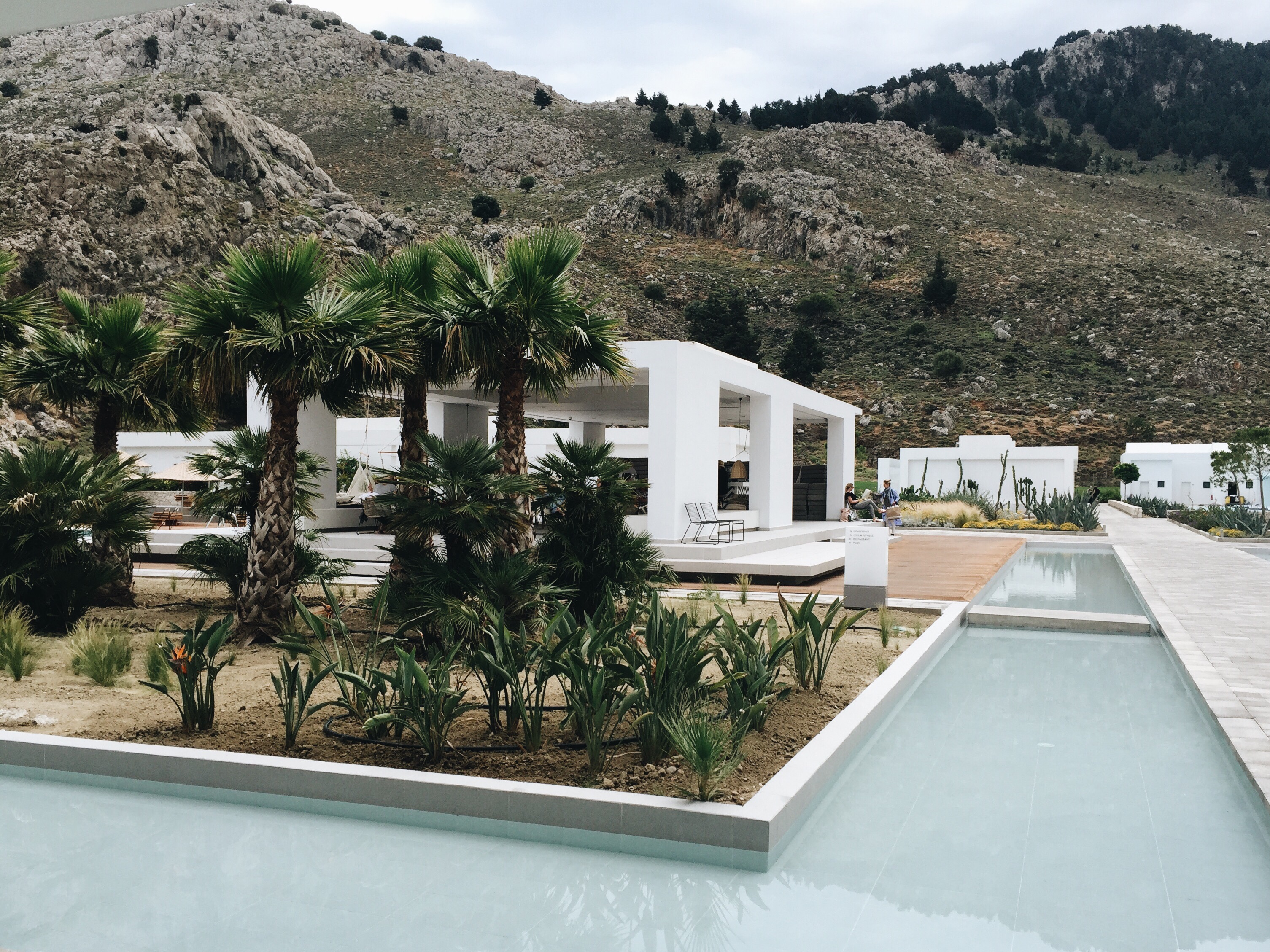